Atlantic City, New Jersey has no plans to close the beaches nor the boardwalks amid Covid-19 concerns. According to pressofatlanticcity.com, Atlantic City officials said they have no plans to follow suit in Ocean City, who closed the city’s beaches and boardwalk.

According to the news story, Mayor Marty Small Sr. and Council President George Tibbitt both strongly dismissed the idea that the city would mimic beach towns such as Spring Lake or Point Pleasant Beach both of which closed public areas to mitigate the spread of Covid-19. Mayor Small said people can still follow the guidelines from health officials for social distancing while using the beaches and Boardwalk.

“There’s no way in hell you can shut(down) that Boardwalk,” Tibbitt said Wednesday morning. “People have to have some type of relief, and that Boardwalk and beach are the best (ways) to stay by themselves, or jog, walk or ride a bike. Dumbest thing I ever heard was closing the boardwalks.”

Finally, a little bit of good news for some of us!!! 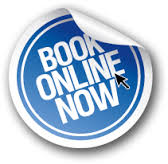